The 450SLC was the car our family chose to race on historic regularity rallies. In 2006, we ran our first rally with our charming Mini Cooper 1974 English version. As we were going in three (driver, navigator and my little girl), for the next rally, we decided to look for a more comfortable, but also competitive car.

The 450SLC led us to several rallies around Brazil, marked by some victories, new friendships and lots of fun. Then we had other rally cars, but the 450SLC was our first crush. So I felt that I should pay tribute to this world rallies’ legend, in this 450SLC restoration project.

The 450SLC opened a new chapter in the history of rallies in 1978, with a double victory in the 30,000 km of Vuelta a la América del Sud, across 10 countries, in 38 days. Until then, the World Rally Championship was dominated by cars like Fiat Abarth and Ford Escort. No one believed that a large, heavy and luxurious car could face small sedans on a route with more than 7000 km of gravel.

The 450SLC was the first car to win rallies with an 8-cylinder engine and an automatic transmission, which bravely endured the entire rally without breaking. In the safety factor, Mercedes-Benz was at the forefront of its time, it had already developed the deformation zone since the 60s. Another winning point was its comfort and driveability, which eased the participants’ tiredness in the long distance rally.

Tribute car to the factory rally car – It has a bigger wheel 225/75/14, steel chest for protection of the engine, headlights for night rally, extended fenders, rubber curtains against stones impact behind the wheels, ignition system that replaces the platinum to avoid problems during the rally.

Classic imported from California (USA) to São Paulo (Brazil), available for sale in Brazil or for export to any country.

Thank you for visiting us.

If you need any information, do not hesitate to get in touch with me. 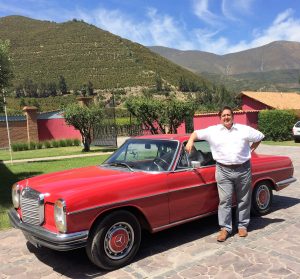 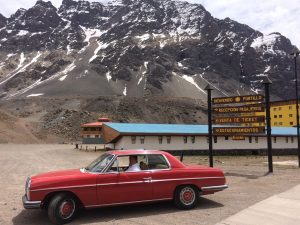 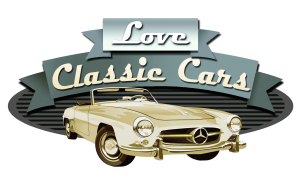